A shelter from all those GPS talks. Share a joke or chat casually on other topics. Your post count will not increase if you post here

Forum rules
1. Be nice to each other and respect the moderators. Post in normal font size, color and weight. Follow Nettiquette
2. NO abuse, profanity and insults
3. NO debate on political, religious, racial and sexual matters
4. NO pornographic or nudity picture/video
5. NO spamming, cross posting and opening of duplicate topics
6. NO advertisement post or link
7. NO post/link to warez, cracks, serials or illegally obtained copyrighted content
8. Each message posted is owned by and is the opinion of the original poster. Neither mfm nor its owner or moderators are legally responsible for anything posted on the forum.
Post Reply
11 posts

hey.. anyone went there?

I have been a vivid supporter since KLIMS 2000, and KLIMS has never dissapointed me except the delay in KLIMS 2009. But this KLIMS 2010, is really terrible and not worth EVERY CENT in the RM23 i paid to visit. which in my honest opinion, is not worthy of the title KL International Motorshow. This event is only comparable to those accessories shows by Bukit Jalil Stadium or outside times square, and hardly worth being named KLIMS, when compared to previous KLIMS.

Why I would say such a thing?

From the beginning, there is almost NO publicity. Where are all the publicity? i got to know it only recently via facebook and 1 miserable bill board along federal highway. THEN, comes purchasing the ticket. The link to airasia's red tix DOESNT EVENT WORK on google chrome. the idea of promoting the event via facebook is good, but how about tweeter? and the online ticketing is a good idea too.. except the pricing which I will touch on that later.

Along the way driving to PWTC, there isnt any traffic at all this morning, unlike previous KLIMS where i have to practically fight to secure a parking space at the Terminal Putra parking complex opposite PWTC. Where is the crowds? My friends that came via STAR LRT and KTM, mentioned not much crowd in the train itself. I always go to KLIMS on saturday mornings, you may think that the crowd is less because it is saturday morning, please do not be mistaken. The previous KLIMS had crowds even on saturday mornings (I left Shah Alam at 10am, and reached PWTC at 1030am, had my breakfast and entered KLIMS at 11am. Left klims at 145pm. THERE IS NOTHING TO SEE THERE!!)

OK, next, when i entered PWTC, at the ticketing counter, i was shocked. They are selling the tickets at RM20!! while i purchased my ticket online for Rm23!! This is the first time purchasing tickets online COST SO MUCH more! Why is this so? also, the queue at the ticketing counter to collect tickets purchased online, IS LONGER than the almost non-existant que at the 'purchase-on-the-spot' ticket counters. I enjoy buying things online, but this is just downright ridiculous. TGV/GSC charges RM1 for tickets bought online.. BUT RM3 is a bit too steep.

Next, the show itself.. I was surprised by the number of cars in the show. Big cars such as Porsche, Ferrari came in under the flag of NAZA?! Brabus.. and where are their concept cars? where is BMW, Volvo, Mercedes? How about FORD? i was looking forward to see mustangs.. or at least the focus..

True, proton and perodua has impressive booths, nice cars on displays, but what about the rest? Toyota and Lexus stalls are miserable, with only 1 or 2 cars.. In the past, i remember Mitsubishi, or was it toyota or honda, having people dance and all on the stage, which is really fun. Where has all that gone? we only had honda's miserable 'talk show'.

This round, there doesnt seem to be much accessories stalls compared to the previous ones.. i was hoping to find something decent to add on to my car, but nothing caught my taste. I was happy to see an AMBANK ATM machine in the show, and was thinking to my self that i could withdraw some cash in case i saw something i really liked and didnt have enough ringgit in my pocket.

I enjoyed vespa, harley, but there only seemed to have only 1 aprilia? what happened to the other superbikes?

The models are a sweet bunch, but the variety of cars and exhibitors leave much to be desired. Am i imagining things or is this KLIMS smaller than previous ones?

OH, and the BATMOBILE.. what the hack is that? a lump of styrofoam with black paint sprayed over it. the 'black' isnt even BLACK at all!! its faded black.. more of a grey-in-color, AND WE HAVE TO PAY TO TAKE PHOTO WITH IT... The bumblebee.. WE CANT EVEN GO NEAR IT TO TAKE A GOOD PHOTO.. i was standing by the 'string' that have there, and was rudely pushed aside by the exhibitor because their 'professional photographer' needs to go in.. AND IM NOT EVEN BLOCKING THE ENTRANCE!! cant you at least say 'excuse me' or 'sorry'?

I sincerely hope MAA will take things seriously, and not end up like some goverment body which became over confident and take Malaysian People for granted. We are not fools and I sincerely hope, MAA will improve the next KLIMS (will it be 2013, 2014 or 2015 I wonder?)

Having said all that, all i can say, is THANK GOD FOR THE LADIES.. if its not for them, this show is nothing.. here's some of my photos of the ladies and their beasts.. 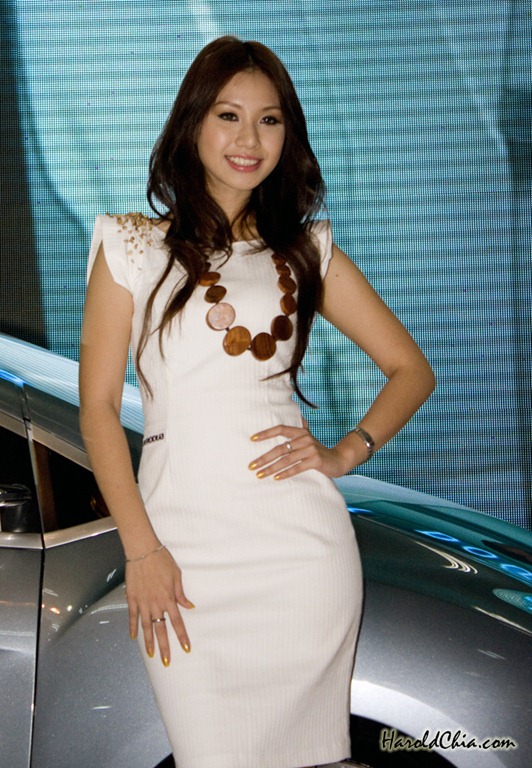 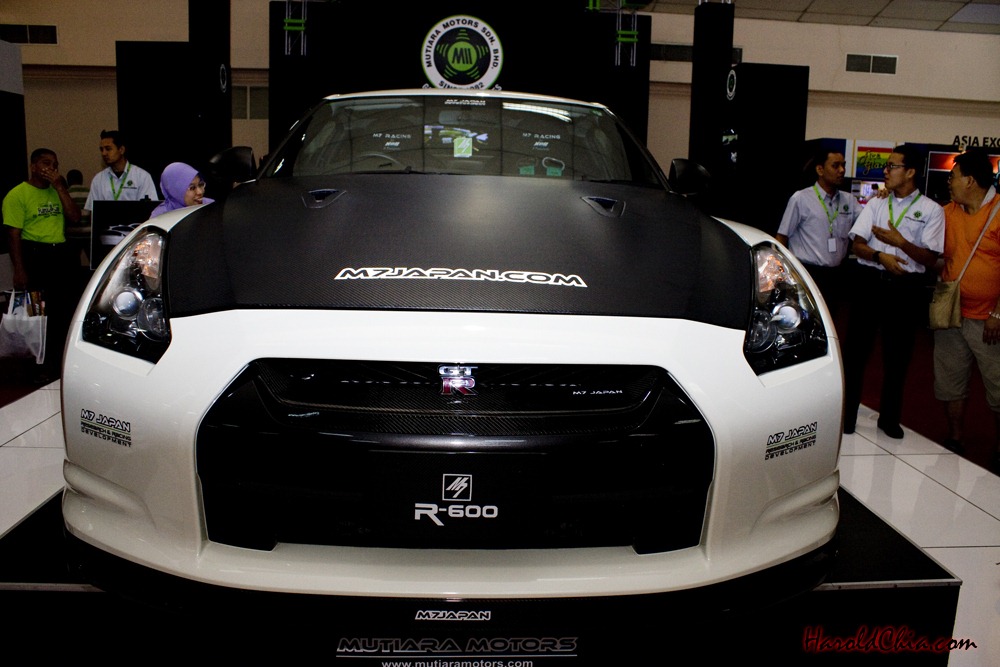 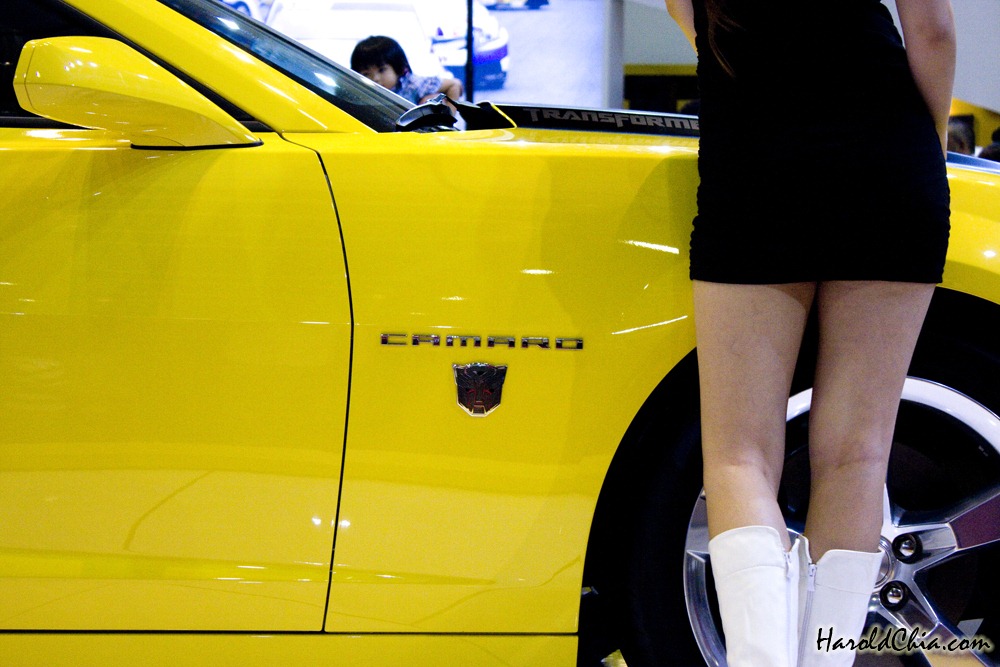 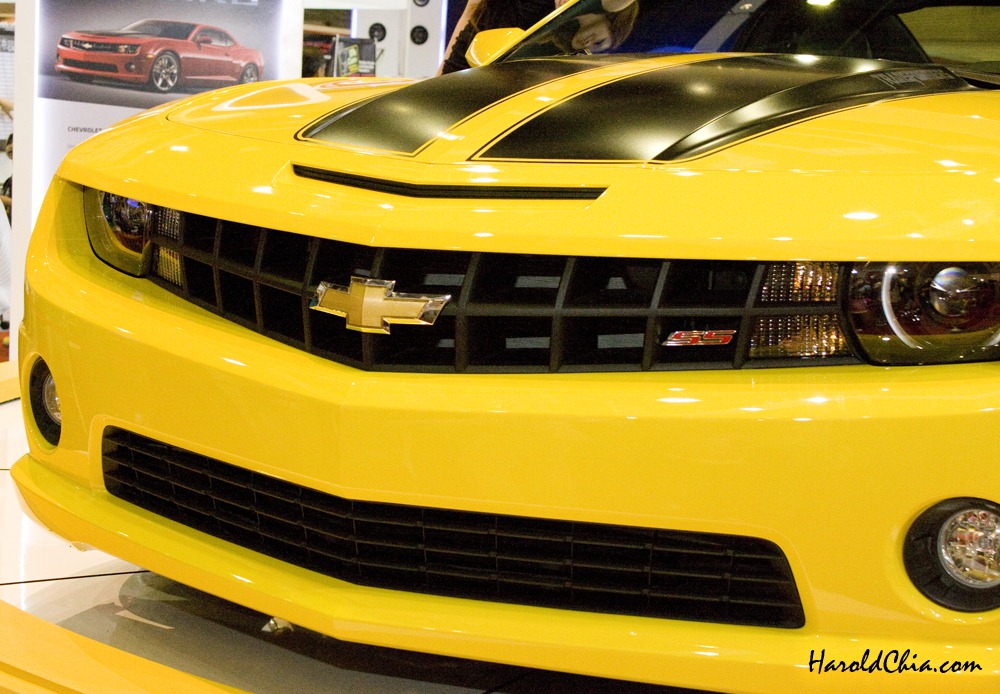 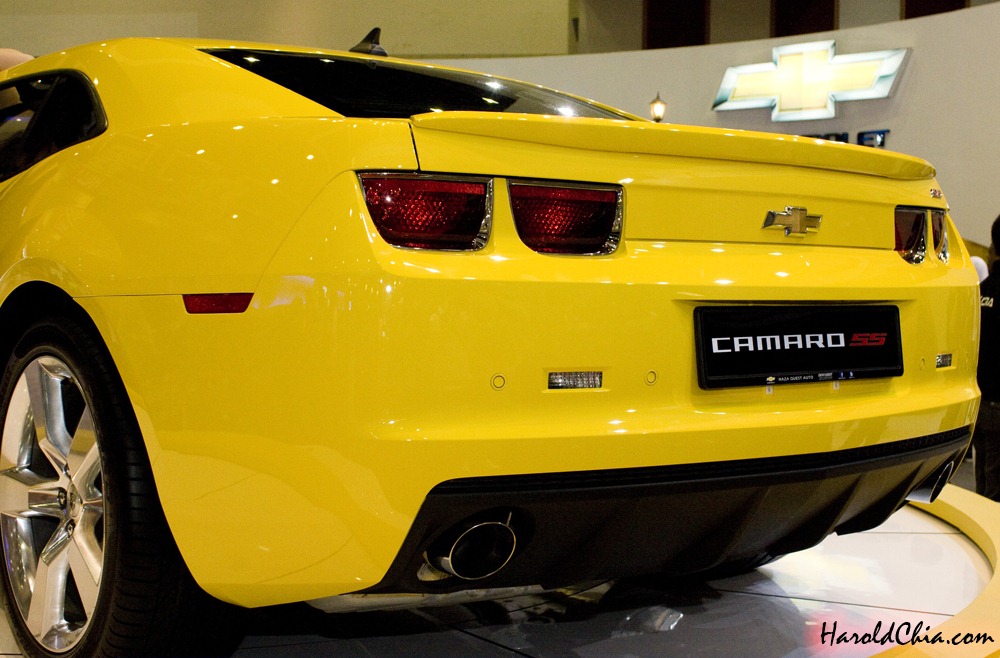 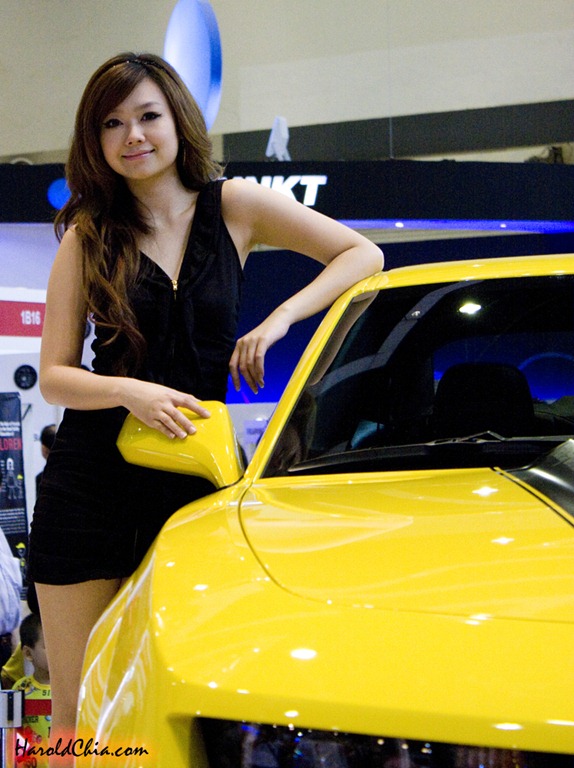 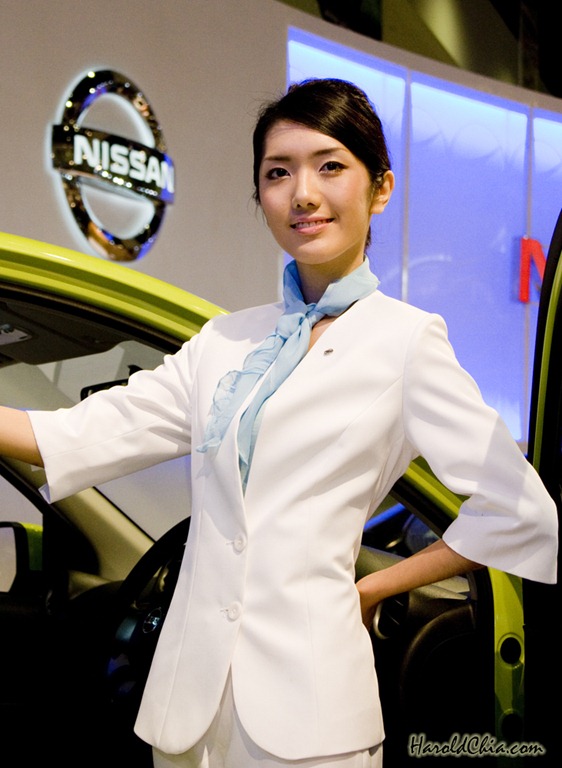 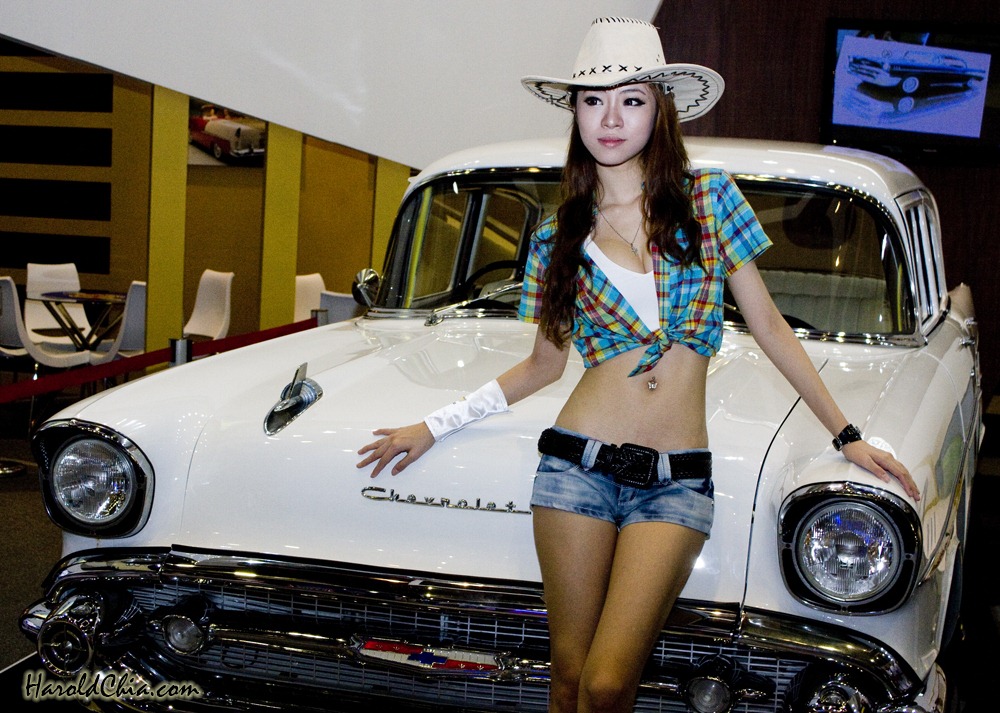 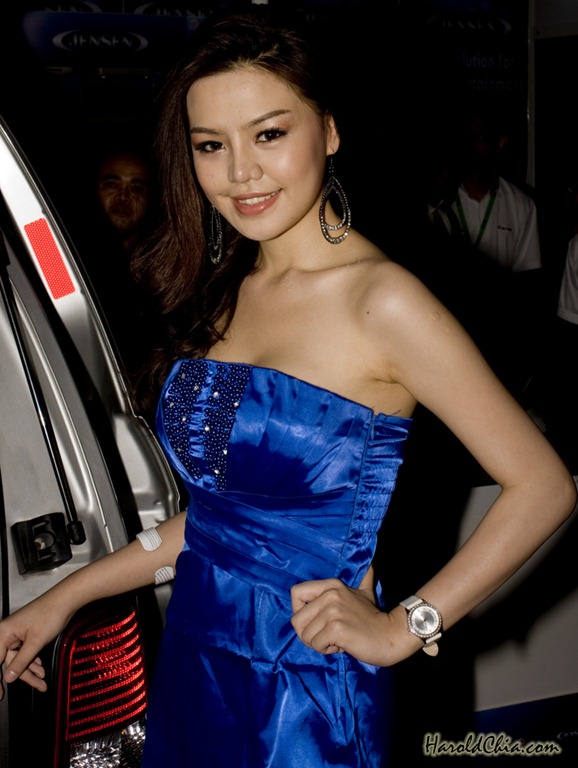 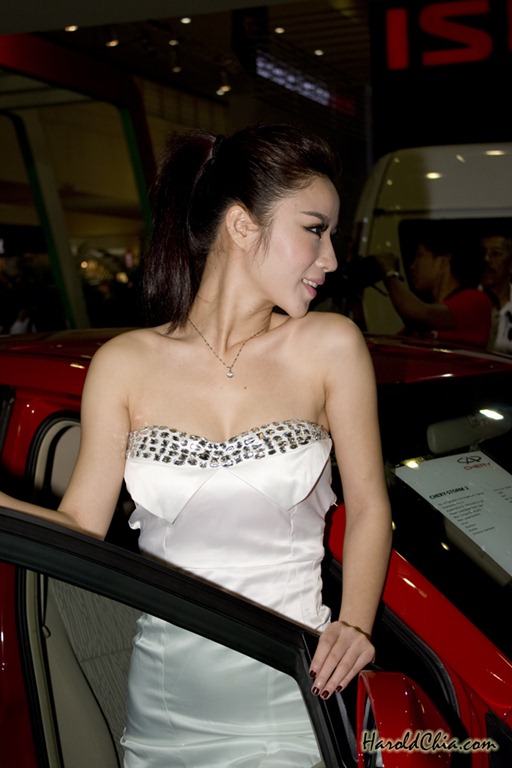 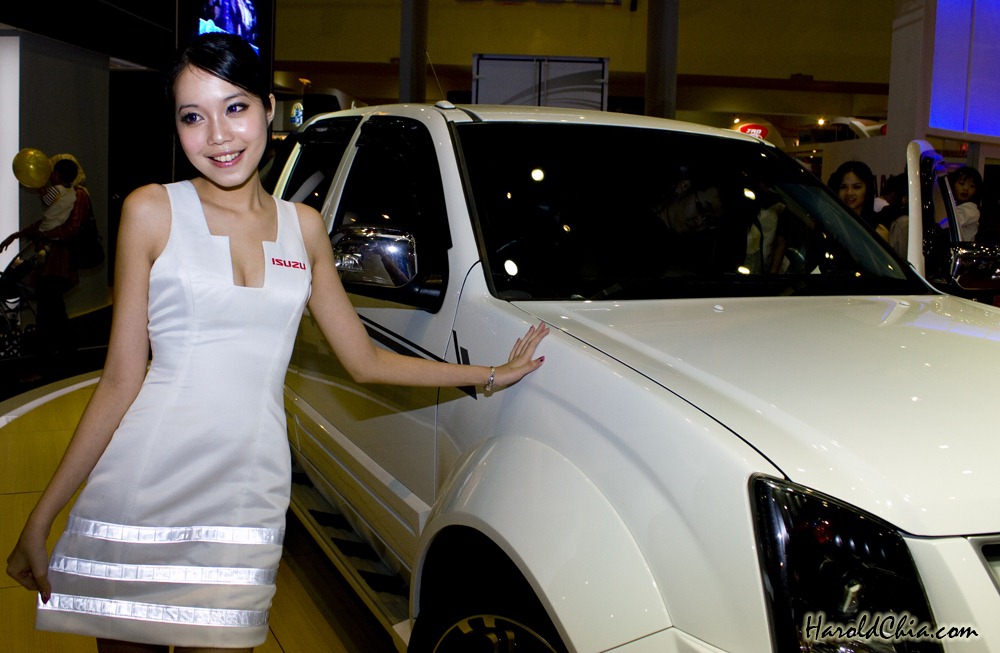 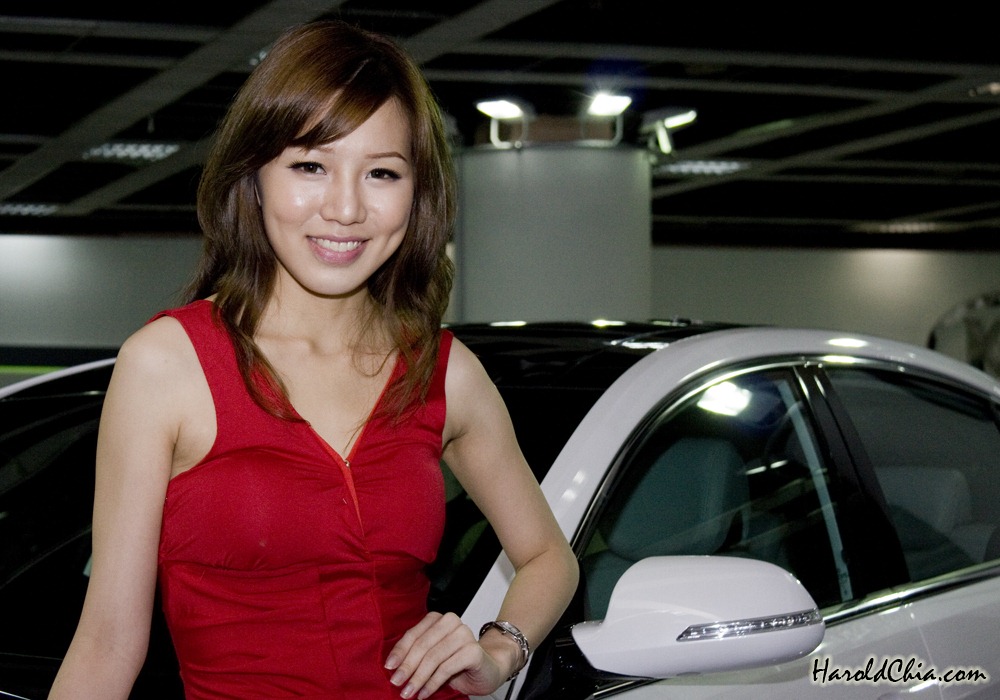 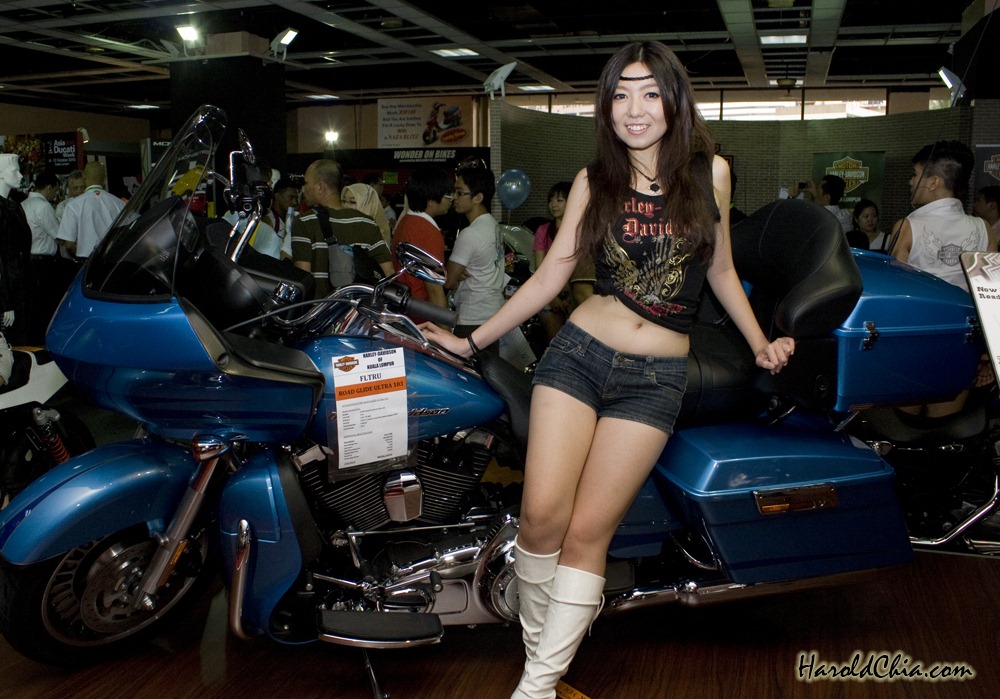 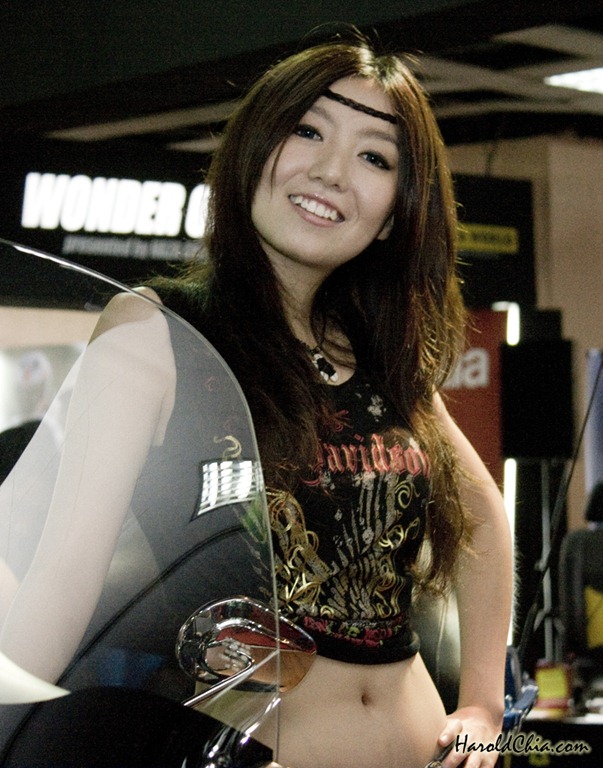 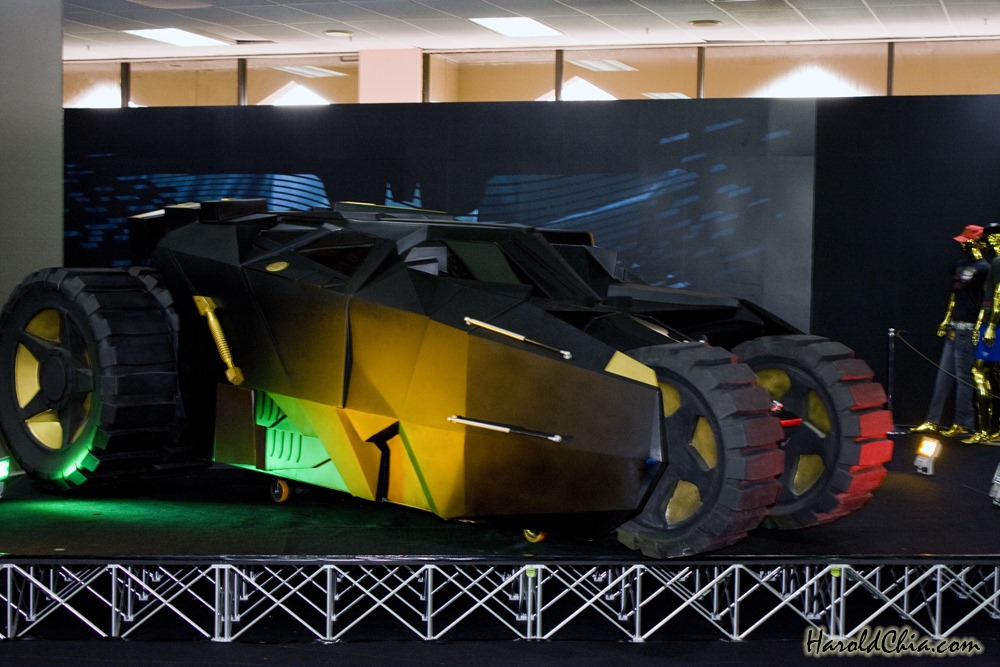 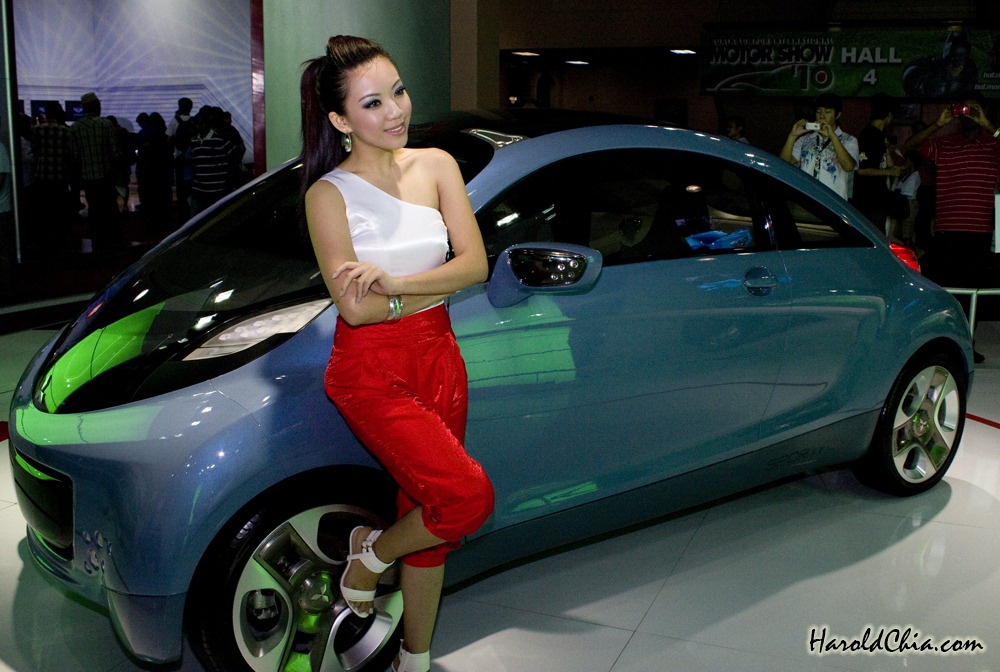 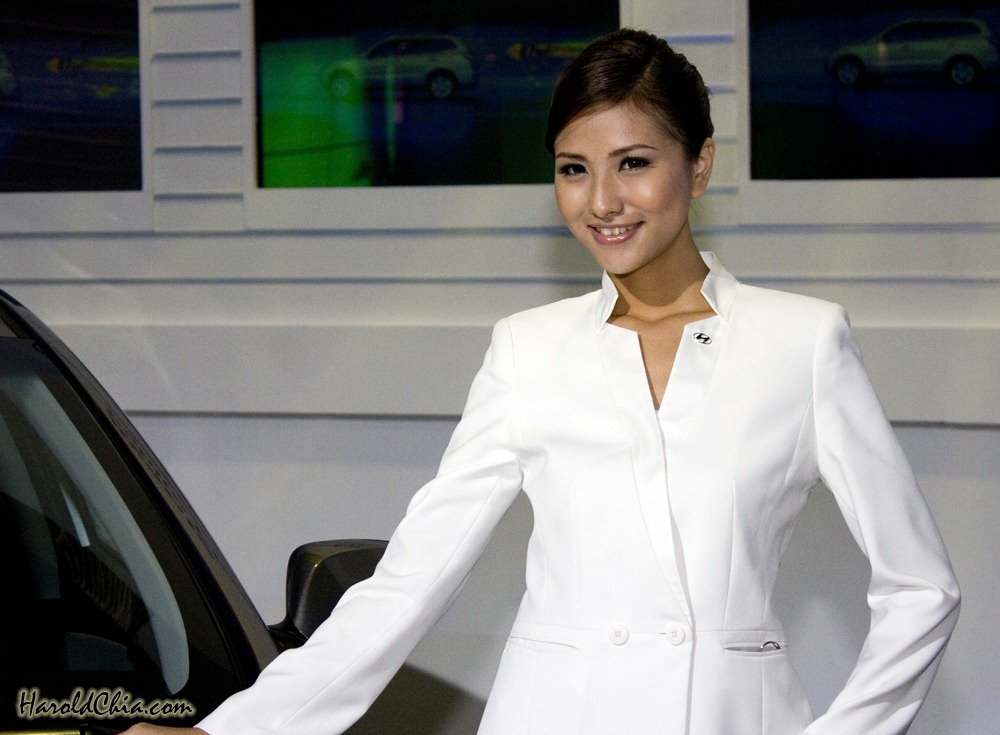 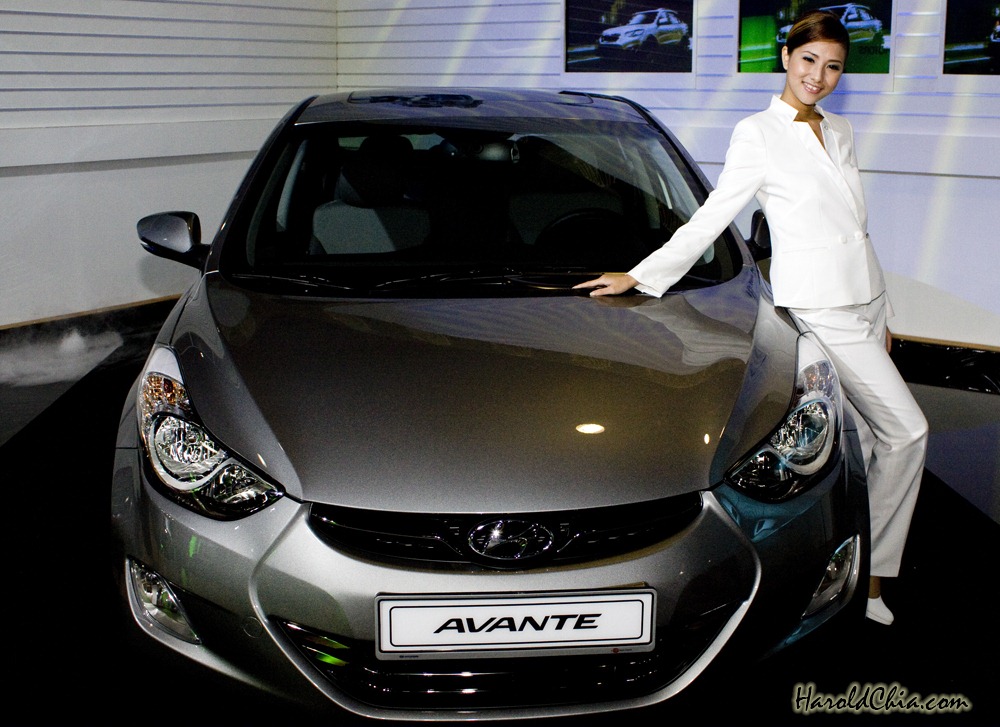 Thanks for the info because help me to save $20x2 (My son n I). Btw I love all your photos, Its so sparkling n give me a fresh Sunday morning. Cheers
Top

soo9363 wrote:Thanks for the info because help me to save $20x2 (My son n I). Btw I love all your photos, Its so sparkling n give me a fresh Sunday morning. Cheers

I have to agree. Was there on press day and I managed to walk the entire show in about half an hour. Only some exhibitors made the effort to make the show interesting. Most just went in like they were under obligation. The continental boys appeared to boycott the show this year which took away some glamour.
Top

I have to agree. Was there on press day and I managed to walk the entire show in about half an hour. Only some exhibitors made the effort to make the show interesting. Most just went in like they were under obligation. The continental boys appeared to boycott the show this year which took away some glamour.

vash_h wrote:thks.. i think i know why this year is so bad.. Clash with Thailand International Motor Expo (http://www.motorexpo.co.th/2010/) no wonder la..

The should know better with the world motorshow timetable..
Are they trying to prove, we are better???
I last when to malaysia car Show was in 2000...
73, 9w2yyl
You need the MAP, We need your TRACK
Top

OMG, is that the famous batmobile????? Who made it, some school children for their school project?????? If this is the same one that they going to display at DC store in Pavillion, then they better not do it....buat malu je

badrol wrote:OMG, is that the famous batmobile????? Who made it, some school children for their school project?????? If this is the same one that they going to display at DC store in Pavillion, then they better not do it....buat malu je

Should ask those who been there...

Users browsing this forum: No registered users and 14 guests